How to apply the elaboration likelihood model to your next design 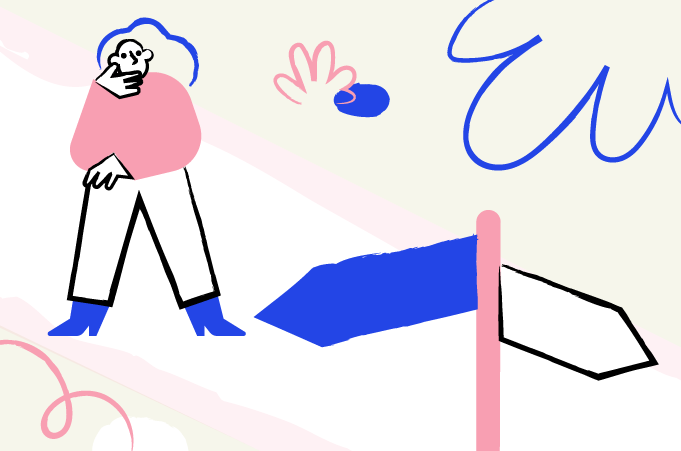 We answer dozens of questions every day, but how we come up with those answers varies. Some questions — such as “what’s your name?” — require very little thought and can be answered automatically. While others — like “why do you want the job?” — require careful consideration and deliberate attention. These two systems of thinking are what’s known as a dual-process theory, i.e. an account of how thoughts can arise via two different ways or processes.

The elaboration likelihood model (ELM) is a type of dual-process theory that describes attitudes. And it’s an incredibly important theory for designers to understand and account for within their designs.

According to ELM, there are two routes for shaping users attitudes: a central route and a peripheral route.

Ultimately, it’s up to the individual to decide on the validity of the message they’re receiving. The ELM simply explains how users process various stimuli differently and how malleable attitudes are once formed.

ELM in the real world

Say you want to buy a new fridge: If your only requirement is that it be under $300 and your friend recommends one, you’re likely to make your purchase based on the peripheral route. Your decision won’t require much thought. If, however, you want a fridge for a certain price, but with a good energy rating, an ice maker, two crispers, and in a mint green color, then you’ll give the buying process a lot more thought. In other words, you’ll use the central route to reach your decision.

Good websites will take both of these thought processes into consideration. When shopping online for a fridge, they will fill the site with convincing, well-written, and well-designed stimulus that leads you (the buyer) inexorably towards the CTA. Of course, your decision may still be changed by an opposing stimulus before you buy, but a website that appeals to both routes will make this less likely to happen.

How marketers can use the elaboration likelihood model

Marketers often use secondary factors to attract users who are currently engaged in peripheral thinking, and who aren’t focused on the messaging.

Free gifts, celebrity endorsements, humor, and lifestyle branding are often used to capture an audience’s attention. This connection will be weaker than an opinion reached through the central thinking route. Their focus is lower and the message won’t have captured their attention on an intellectual level. But it will lead them to formulate a basic attitude about the brand.

How to incorporate ELM into your design

As you’ve probably worked out, appealing to both modes of thinking gives you a far higher chance of success than appealing to one alone. To do this, you need to look at your audience’s motivation and ability.

Motivation refers to the relevance of the message. For example, if you’re designing a site that sells baseball bats, a seasoned player who knows what kind of kit they want would be highly motivated while on the site. A beginner who’s curious about entry-level equipment will be moderately motivated. And a student who ended up on the site accidentally while researching bat species for a school report would have zero motivation.

You’ll need to identify exactly who your audience is first (demographics, lifestyle) and then target your messaging to their ability to process information. If the messaging doesn’t ‘speak to’ your audience directly, you could lose their attention, fast. So for our baseball site example, you’d want your tone of voice and imagery to make the visitor feel as though they’re talking to a baseball enthusiast. The user will either relate to this person or lifestyle or aspire to become like them.

How to make your site work for both modes of thinking

A seasoned baseball player looking for a new bat will first scrutinize the offering. This means it’s important to organize your offering according to a strong visual hierarchy. Then, once they’ve identified something they’re interested in, they will drill down on the details.

This means you probably want to include the option to zoom in on product images as well as provide a drop-down menu with technical specifications. You may want to include a short video of the bat in action, along with celebrity endorsements. It’s equally important that you present this information where users expect it to be, so their cognitive effort is entirely focused on the task at hand: deciding that they want to buy the product.

Once this visitor has fully scrutinized their options, compared the price and ratings to the offerings on other sites, and made their final decision to commit, your site should then clearly lead them towards the checkout, which should be equally easy to navigate.

A newbie baseball player should feel equally welcome on the site. Imagery should be inspiring, yet inclusive: perhaps a picture of a famous baseball player in action, or a crowd cheering on a player as they get a hit. To the seasoned enthusiast, this is someone on their level and an experience they can relate to. To a newbie, this is their hero and someone they aspire to be.

The copy should be friendly yet authoritative, and the terminology should be jargon-free. The interface should be intuitive and contain features that help someone prioritizing different things find what they’re looking for. For a casual shopper looking for an entry-level bat, being able to organize the offering according to price and customer rating is particularly helpful. The site could also make use of secondary factors, such as celebrity endorsements, to capture and hold the casual user’s attention.

How to keep both visitors coming back

You can have a site that appeals to both of these different thinkers. The difference between the two is loyalty.

The experienced baseball player approached the site from a central way of thinking. They are far more likely to return to shop again due to the level of thought they put into making their choice the first time around. The newbie approached from a periphery perspective and will have much lower levels of loyalty. If, for example, a friend recommends a different site to them, there’s a high chance they’ll be swayed to switch.

This is where loyalty programs and newsletters come in. Designers can incorporate subscription buttons and social media icons into their design, so both shoppers can be periodically reminded of the brand and its offering.

Strong design (UX) is the foundation of any good website. Working out the ways in which your intended audience engages with your site can help you can tailor your design to reflect their ways of thinking.

Structure content to accommodate both types of thinkers and give them the information they need to convince themselves. Carefully plan your site with quality wireframing software to help ensure your navigation is intuitive and you’ve placed essential information such as CTAs and images where it can’t be ignored. That way, you’ll lower cognitive load, increase engagement – and both visitor types will have far more mental energy to focus on the task at hand.

Collaborate on ideas to align your team's vision in Cacoo
RELATED: Keep it simple with KISS: a fundamental design principle you should know