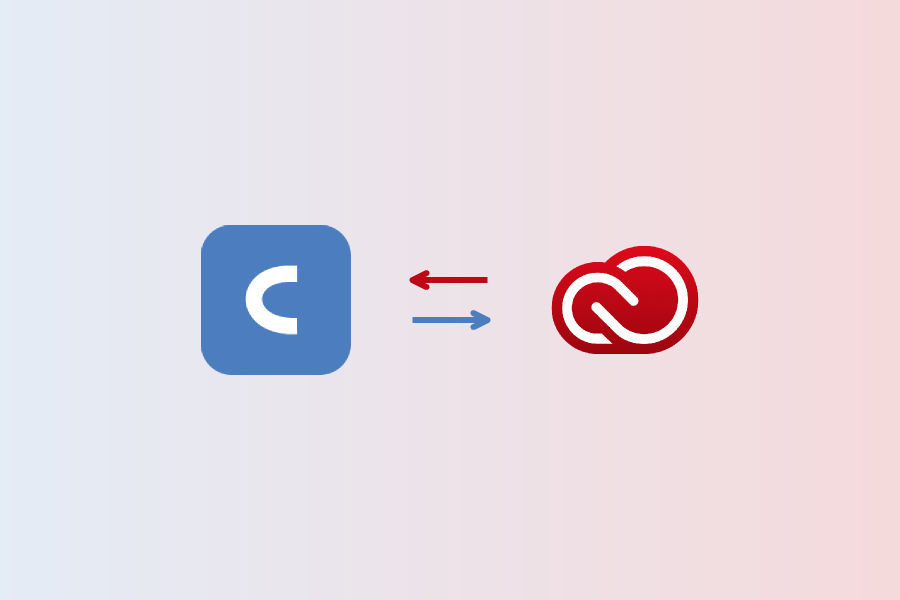 Cacoo takes collaboration to the next level by allowing team members to edit the same diagram simultaneously while discussing changes in real-time. Over 2 million users around the world agree that Cacoo is the premier online diagram software for creating wireframes, flowcharts, mind maps, UML models, network diagrams, sitemaps and more.

Many Cacoo users use Adobe Creative Cloud, from UX designers to front-end engineers to illustrators. Our development team conducted an internal survey to determine which integration features would be most beneficial for those working with Adobe CC. As a result, expanding Cacoo’s list of supported file types immediatly stood out.

Indeed, users were exporting their PSD, AI, and PDF files to either PNG, JPEG, or SVG before uploading them to Cacoo. While this process was manageable for 1 or 2 files, users uploading 5 or more files found it tedious and time-consuming.

For this reason, we wanted to simplify the uploading experience by allowing users to import files directly into diagrams. So we developed an integration that would allow users to import PSD, AI, EPS, TIFF, GIF, PNG and JPEG files from their Creative Cloud Assets to Cacoo.

Our lead developer for Cacoo, Ryuzo Yamamoto, was responsible for developing and implementing the Adobe Creative Cloud Assets integration. Although he was very familiar with Adobe products such as Photoshop and Illustrator, he wanted to learn more about the Creative Cloud.

Our developers use continuous integration (CI) to test all implementations. After several successful tests of the Creative SDK, the Adobe Creative Cloud Assets integration was then in production.

When Yamamoto was asked how he felt about the integration process with Creative SDK, he enthusiastically responded: “Very good! I’m ready to do more!”

For a full list of all our integrations, please visit the Cacoo Integrations page. And stay tuned for more upcoming integrations in the near future!