Get your server setup spot-on with star topology 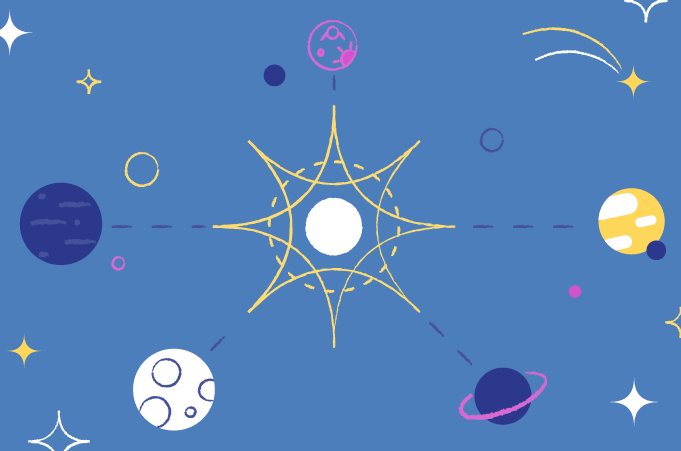 One of the first decisions you face when setting up a network is what kind of ‘topology’ to use. The network topology dictates how different sender and receiver nodes communicate with each other. Each type of topology has its advantages and drawbacks, making it important to pick the setup that provides the best performance and stability for your network. Today, we will focus on the most popular one: star topology.

What is network topology?

Much of the industrialized world runs on computers. As a result, we need a good deal of physical space to manage so many devices. Picture computer labs, hospitals, offices, banks, schools, and airports. Not only do they have a lot of computing stations, but they have to arrange vast networks that are extensive, safe, and powerful enough to support a multitude of users at once.

Network topology is the physical and logical layout of the devices and connections that form your network. There are many different types of network topologies, and the right one to choose depends on your networking, space, and security needs.

Why is network topology important?

The bigger the network you’re managing, the more physical space you need for storing devices, such as commercial servers and routers. And each of these devices has multiple cable connections that must be routed in a safe, orderly manner, especially in areas with foot traffic. Carefully planning out the physical placement of network components is crucial for many reasons:

The logical design of a network refers to how data flows through the network to support your connectivity needs overall. Logical topology mapping helps to:

What is star network topology?

Star topology (or ‘star network’) is the most widely used network for LANs. It was first popularized by ARCnet, before being adopted by Ethernet.

If the nodes (or computers) want to communicate with each other, they pass the message on to the central server hub, which then forwards that message back on to the different nodes (computers). If you picture this flow of information, it looks like a star — which is how this network got its name! When setting up a wide area network (WAN), we refer to this same star formation as hub-and-spoke topology. 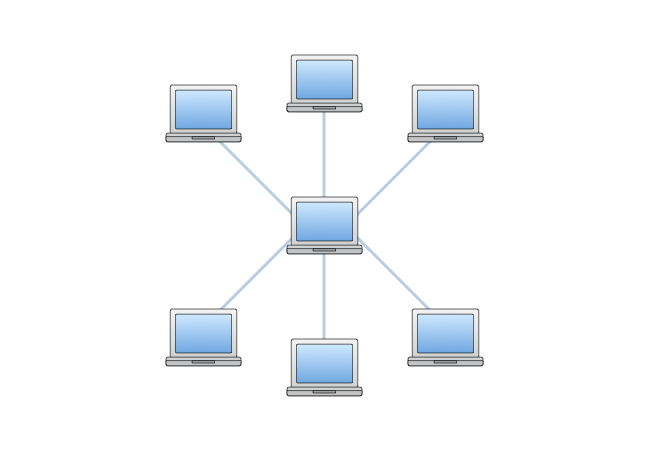 In some circles, this central node/hub is also called a ‘root,’ and the peripheral hosts are called ‘leaves.’

How a star topology works

Let’s say one computer wants to send data to another computer. The first computer will forward the information to the hub. The hub will then check the address of the recipient computer and forward the message on.

But the hub has no memory of its own, so when the first computer sends over the information, the hub needs to ask all the other computers and ports which of them owns that address.

This procedure is Address Resolution Protocol (or ARP for short). Essentially, it means that the hub can find the correct address of the recipient computer and transfer the data to the right place.

In terms of cables, star topologies are sometimes implemented with Ethernet/cabled structures, wireless routers, and other components. These additional nodes are clients and all link back to the central hub.

Pros and cons of a star topology

No topology is perfect, and the star version has its fair share of good and bad points. 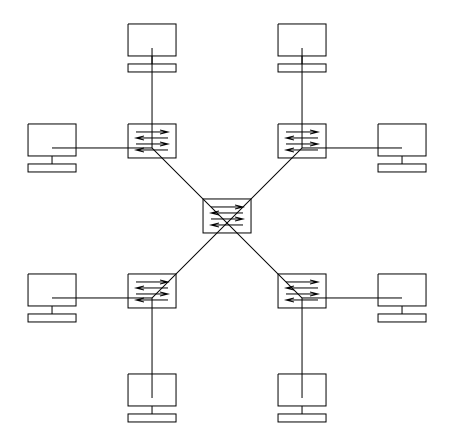 How to use a star topology diagram

Systems administrators and network designers have lots to consider when planning and implementing a topology. One way to make this job a little easier is to create a network diagram to help you communicate your design, deployment, and topology plans across the team.

Presenting your star topology as a visual helps you plan, as well as identify any mismatched connections or weak points. It also eliminates misunderstandings and mistakes within your team. Think of it as a blueprint or map to your network layout.

Using dedicated diagramming software can really take the stress out of designing your network. Rather than wrestling with clipart boxes and arrows, you can grab a template from a pre-made list and edit it with custom icons (including Amazon Web Services (AWS) icons and Google Cloud Platform (GCP) icons), arrows, boxes, and colors.

Plus, if you’re using Cacoo — our own diagramming tool — you can store your diagrams in the cloud, share and export everything in real-time, and allow simultaneous, tracked editing as you go. All of this means you can get your architecture setup just right the first time.

Collaborate on ideas to align your team's vision in Cacoo
RELATED: ER diagrams vs. EER diagrams: What's the difference?