How to use a network diagram in project management 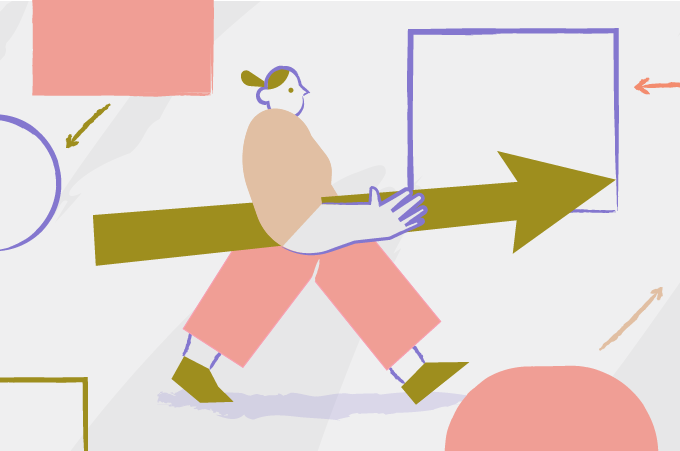 When it comes to projects, the bigger it is, the more complex the management process becomes. You have tasks to plan, schedules to organize, and dependencies to juggle. In short, it’s a handful. This is where a network diagram project management approach comes in handy.

When thinking about network diagrams, most people envision a telecommunication network. But rather than illustrating a physical network of servers and firewalls, they can also depict how one task in a project connects to another task — something incredibly useful for managers.

Research shows that presenting information visually can help improve understanding and enhance retention, which is especially useful when dealing with lots of data. Because network diagrams show every task and dependency in one go, they can help project managers estimate jobs, make more informed decisions, and track and manage progress more efficiently.

What are the different types of network diagrams?

There are a variety of different network diagrams, such as PERT charts. But when it comes to project management, there are only two you need to know: the Arrow Diagram Method (ADM) and the Precedence Diagram Method (PDM). Once you’re familiar with them, you can put together a network diagram template for your own system.

The ADM uses arrows to illustrate different activities. The beauty of this option is that it’s incredibly intuitive. The tail of the arrow extrudes from a box (sometimes referred to as an ‘i-node’) that represents the starting point of a task. The head of the arrow points towards another box (sometimes referred to as a ‘j-node’) that represents the end or finish point. The length of the arrow itself denotes the amount of time spent on the activity (so long arrow = long task, short arrow = small task).

The relationship between nodes can only ever be ‘start-to-finish’ (SF), although sometimes, ‘dummy activities’ are used to show dependencies. These usually occur in a ‘finish-to-start’ (FS) situation.

To use an analogy: icing a cake (task C) can’t begin until the cake is done baking (task A) and the icing mixture is prepared (task B). So, icing is connected to the other two activities (A and B), but they’re not connected to each other. In this instance, you’d need to draw a dummy activity between A and B to indicate that both steps are necessary to complete C.

Pros and cons of the ADM method

ADM diagrams are simple to create and understand, requiring no formal training. However, there’s no way to include lead and lag times without adding new elements into the diagram. This makes the ADM method too simplistic for many project managers.

The PDM method is like a souped-up version of the ADM. You still have boxes and arrows. But instead of the arrows representing a restrictive ‘start-to-finish’ relationship, they illustrate four possible relationships.

Pros and cons of the PDM method

The PDM method is useful for tracking lead times (the amount of time you have to finish something before it impacts the next task) and lag times (delay times) alongside the arrows. This gives the project manager a clearer idea of scheduling and scope, which helps with reporting and managing the team.

You can more accurately estimate time and make more informed decisions based on a deeper knowledge of each dependency. This means you can make adjustments without sending your project off track. And if anyone asks you to justify your estimates, you’ll have a detailed, logical representation of your timeline.

You can also use PDM diagrams to discover opportunities for optimization both during the project and afterward. Review the diagram in your post-mortem meeting as a learning tool for better project management.

A PDM diagram understandably takes longer to create than the simple arrow method, but as you’ve probably guessed, the extra time pays off in the long term. The end result is a more accurate, detailed visual better suited for complicated planning.

As you delve into the world of network diagrams, remember that clarity is key. A diagram that’s too busy will confuse your stakeholders and cease to be helpful as a planning tool. And if everyone isn’t on the same page, your team could execute the project incorrectly. To avoid this, follow these best practices for using a network diagram in project management.

Whatever your project, creating a network diagram can help you understand the relationships between tasks far more easily.

Investing in a quality diagramming tool to help you create your network diagrams is a must. Not only will you be able to draft them quickly with the help of pre-made templates and shapes, but you’ll also be able to share them with your team easily, especially if you choose a cloud-based solution. Like the tasks in a network diagram, your role doesn’t exist in isolation. The more you collaborate with your team, the better your chances of completing everything right the first time.

This post was originally published on September 6, 2019, and updated most recently on January 2, 2022.

Collaborate on ideas to align your team's vision in Cacoo
RELATED: Everything you need to know about PERT chart analysis