What does a product designer do, and how is it different from UX design? 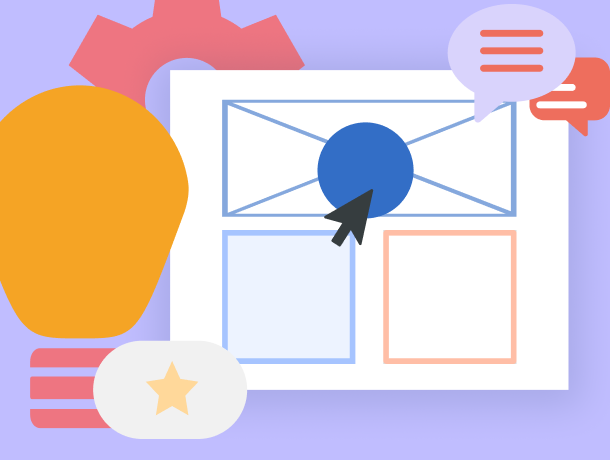 The role of the designer has changed massively over the past 20 years. What used to be a job primarily about arranging colors, fonts, and images has branched off into multiple disciplines — most of which focus on interactive design.

But, while you might have a rough idea of what a web designer or visual designer does, there’s one type of designer that often leaves people scratching their heads. The Product Designer.

This confusion is compounded by the fact that ten years ago, ‘product designer’ used to mean something else. Now, no one can really seem to agree on an official job title. They might call themselves Information Architects (IA), User Experience (UX) designers, or User Interface (UI) designers… the list goes on.

As if that wasn’t confusing enough, each of these are disciplines in and of themselves. The product designer might overlap with some or all of these designers as part of their job. Confused? Let’s dive in and look at what a product designer actually does.

Once a product is out there, product designers typically continue working on it, adding features and updates and running tests. Their quest for perfection is never-ending.

Meanwhile, UX designers are bound by time. Or in other words, they have to get the website or app as good as they possibly can before the launch date. After that point, they’ll hand it over to the product designer and more onto something else.

So what does a product designer actually do, day-to-day?

You’d be forgiven for thinking a product designer was someone who made physical things because up until about ten years ago, that’s essentially what they did. Product designers nowadays are more like digital problem solvers. They take user problems and use their design skills to make apps and websites that solve them.

What do we mean by problem? Well, say it’s cold out. The user’s problem is that they’re chilly. They want to buy some new winter clothes, so they’ll turn to the internet to stock up.

This is where the product designer shines. It’s their job to make sure it’s easy for the visitor to use that that app or website to top up their winter wardrobe. But making sure that happens isn’t as easy as making things bug-free and pretty. It’s far more in-depth than that.

The first thing the product designer does is make sure the solution is unique and valuable enough to appeal to that customer out of thousands of other websites. Part of that includes assessing the competition. In this instance, your competition could be a competitor site, a shopping mall, central heating, a hot bath, hugging the dog, and or anything else. The product designer works to make the site better, more convenient, and more enjoyable than all these other options. Of course, other factors are involved too — but the user’s needs are their ultimate goal.

A day in the life of a product designer

Every role is a little bit different, but in general, product designers grapple with the following challenges:

1. They do a lot of research

You can’t solve a problem without understanding your user’s needs, which is why product designers need to be leading experts in this field. They need to know their user’s wants, needs, goals, worries… often using a psychological approach to better understand their thinking process as they navigate the site. As you can imagine, this is a humungous job — so product designers often work with UX researchers, as well as stakeholders and product managers.

The clue is in the job title: Product designers are designers at heart. Once they know the problem, they start brainstorming solutions, usually kick-starting this process with an ideation session. Then, they start creating first-draft designs, which could include wireframes, sketches, mock-ups, and prototypes.

3. They test, over and over

Testing is a big and important step. It’s the stage that proves whether your designs do what they should do. Tests can involve A/B testing, tree testing, other internal tests, user tests, surveys, interviews, focus groups, and live betas. In many cases, it’s a multi-stage process that involves all of the above.

The more you test, the better suited your product will be by the time you hand it over to the customer. Obviously, time and budget are constraints here, so the product designer will often consult with the UX researcher to determine which combination of tests will be most effective (and feasible).

Once the results are in, the designer takes this feedback and does another iteration of the design — one that’s even more refined, even better suited to the user’s needs than the one before it.

During the launch phase, the dev team works closely with the product designers in sprints to get the product ready. There are additional tests during this stage to make sure the product is completely bug-free.

The testing doesn’t end once the product is live — at least not for the product designers. Working closely with the UX researcher, they set out some KPIs that act as benchmarks for success. Then the team collects performance data, feedback, and reviews, to see if further adjustments need to be made in the next iteration, and the next, and so on.

There’s not a lot of difference between the UX designer and the product designer’s roles. They both follow the 5-step design process, they both design with the user’s needs in mind, and they both use the same diagramming tools. The key difference between the two is their goals. UX designers are inventors, creating a range of options with the user’s needs in mind. Product designers are editors, almost endlessly tweaking designs so the next one is better than the last. As with all things in the design world, there is some crossover, and the roles will probably evolve again over the next ten years — but for now, this should make things a bit clearer.

Collaborate on ideas to align your team's vision in Cacoo
RELATED: How to become the UX Designer you aspire to be